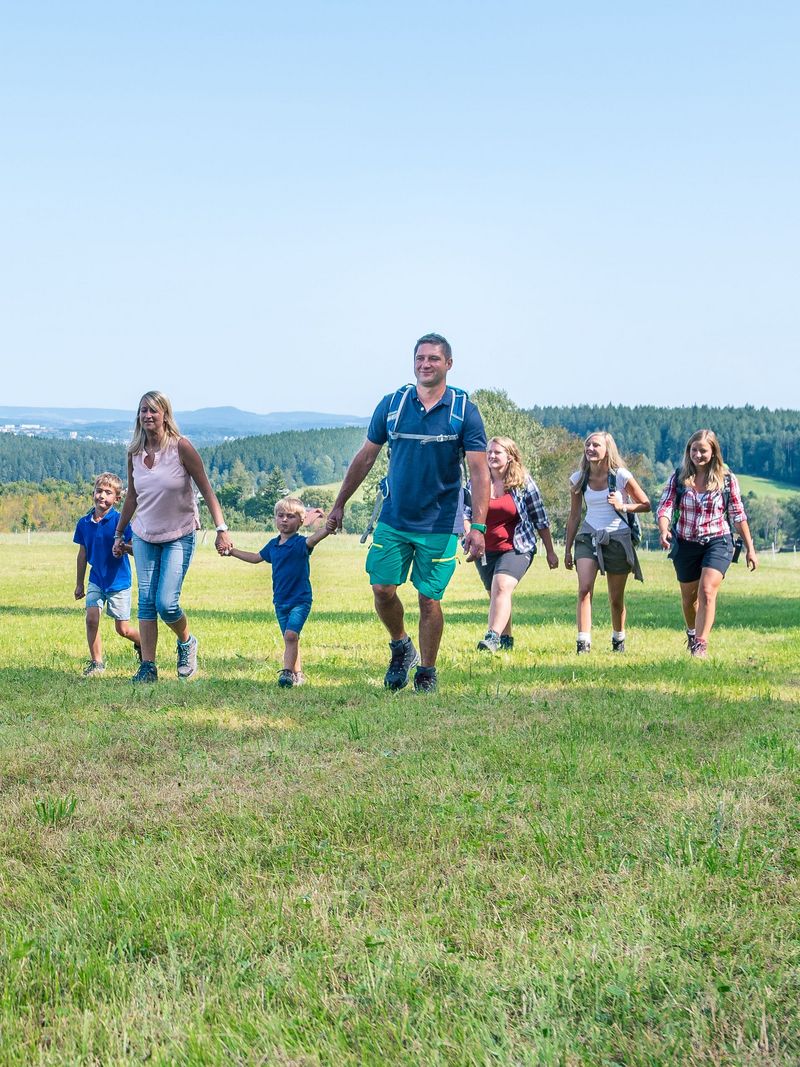 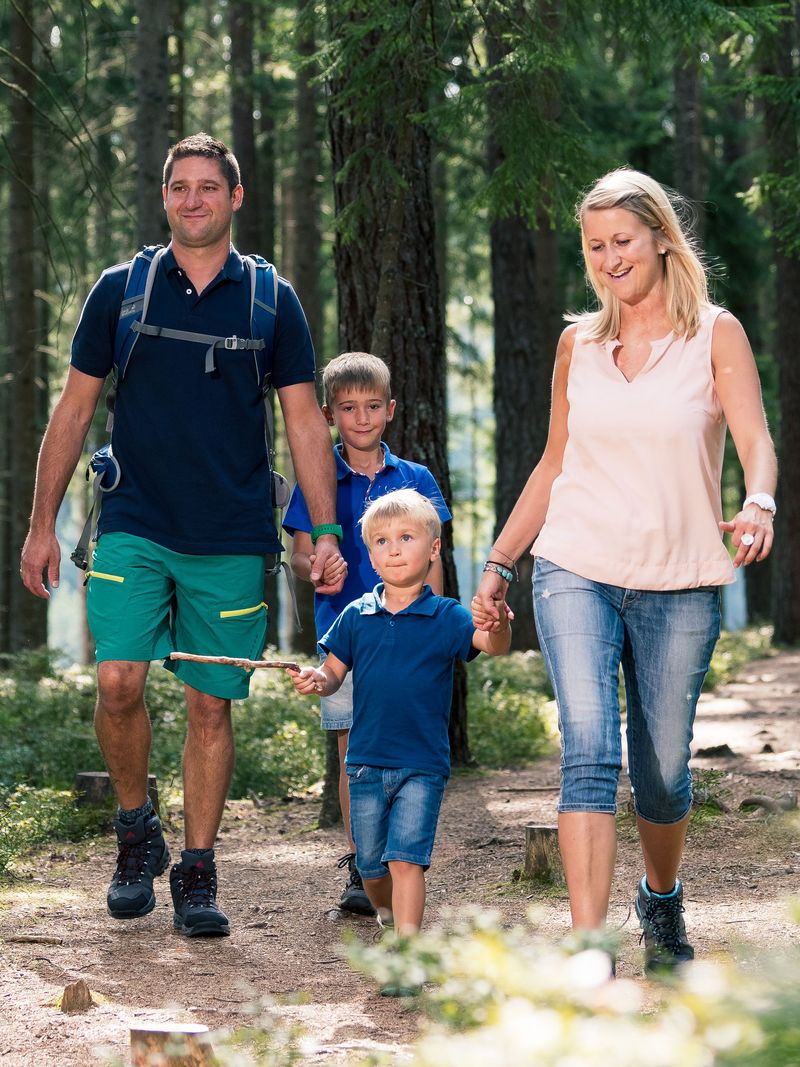 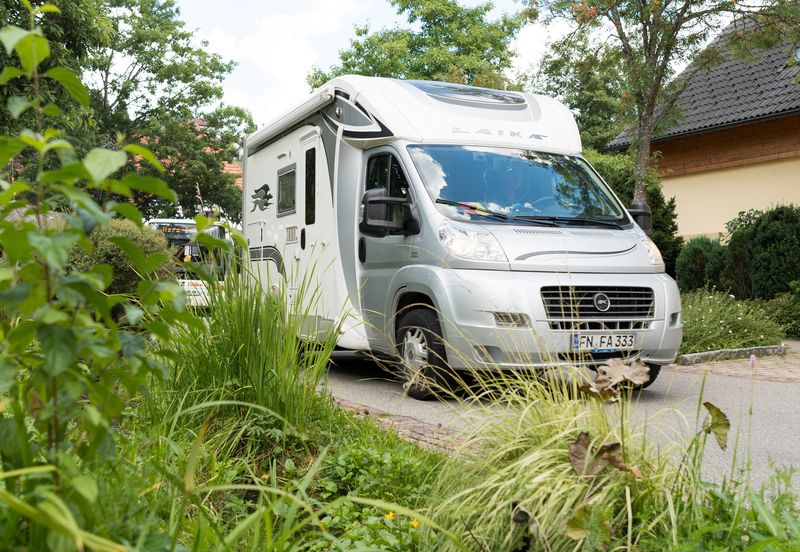 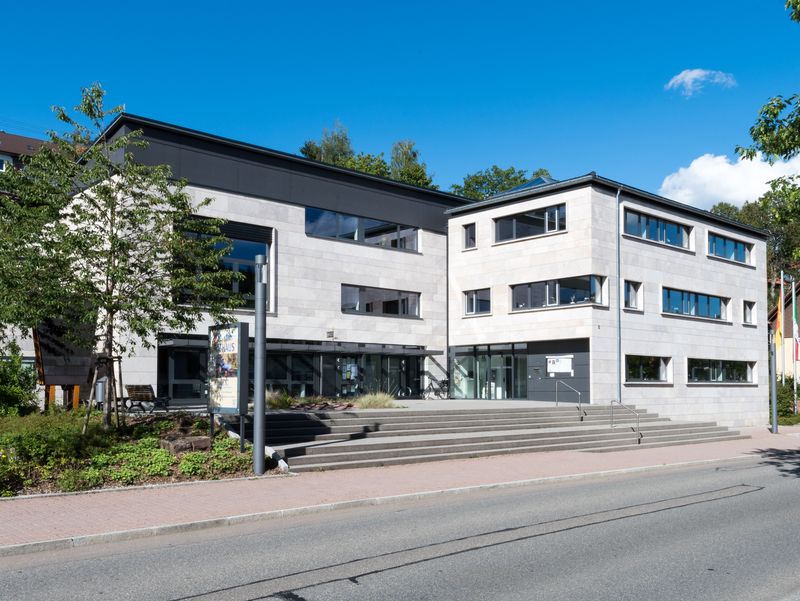 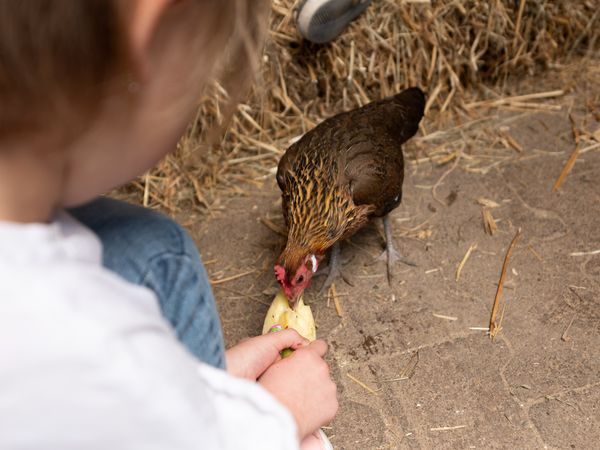 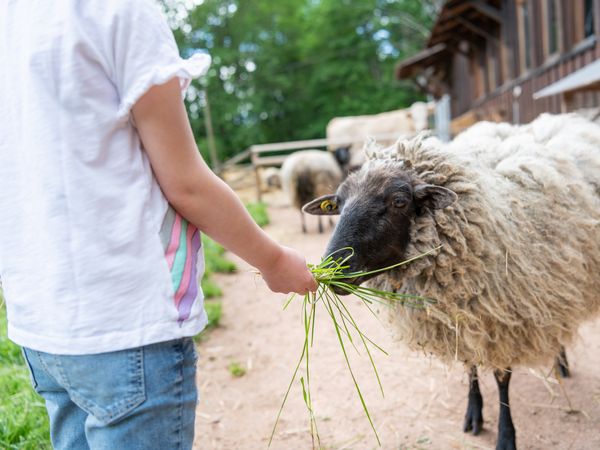 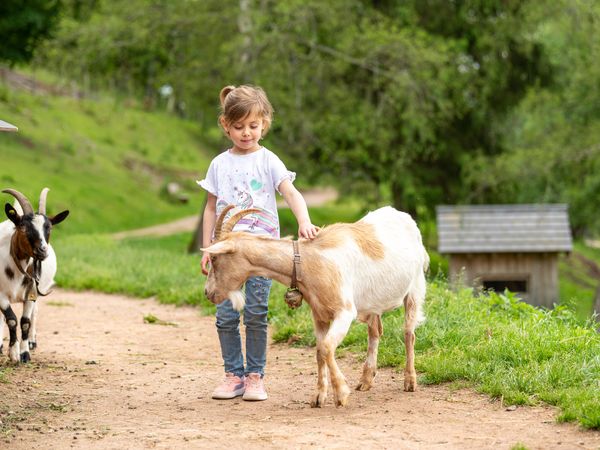 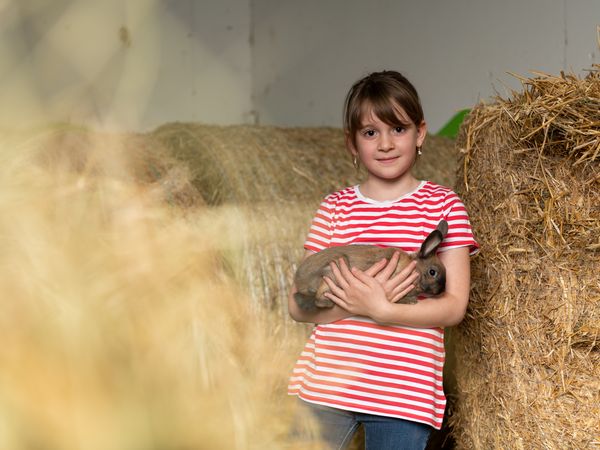 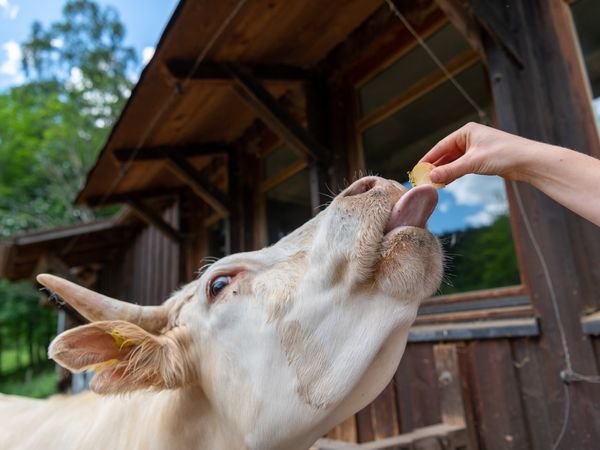 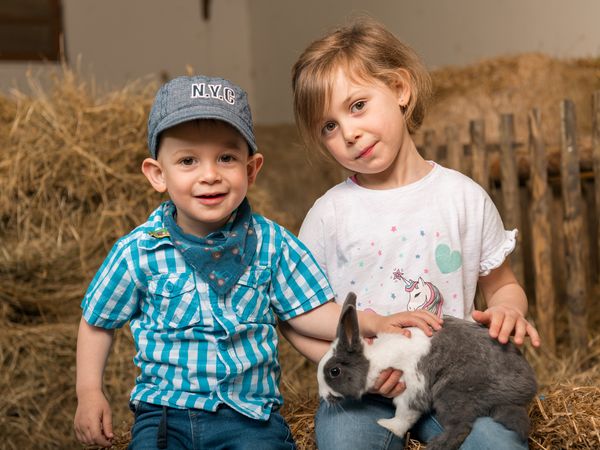 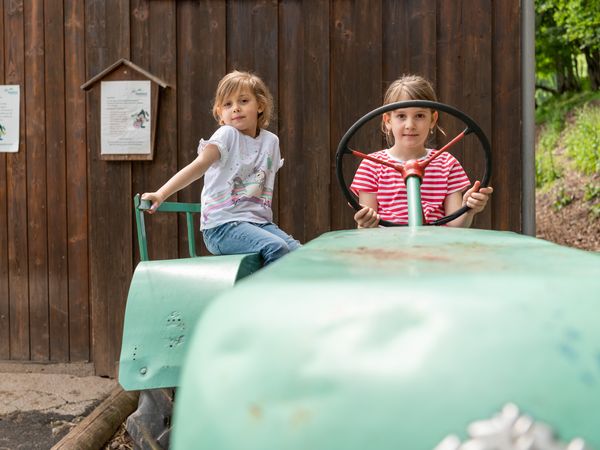 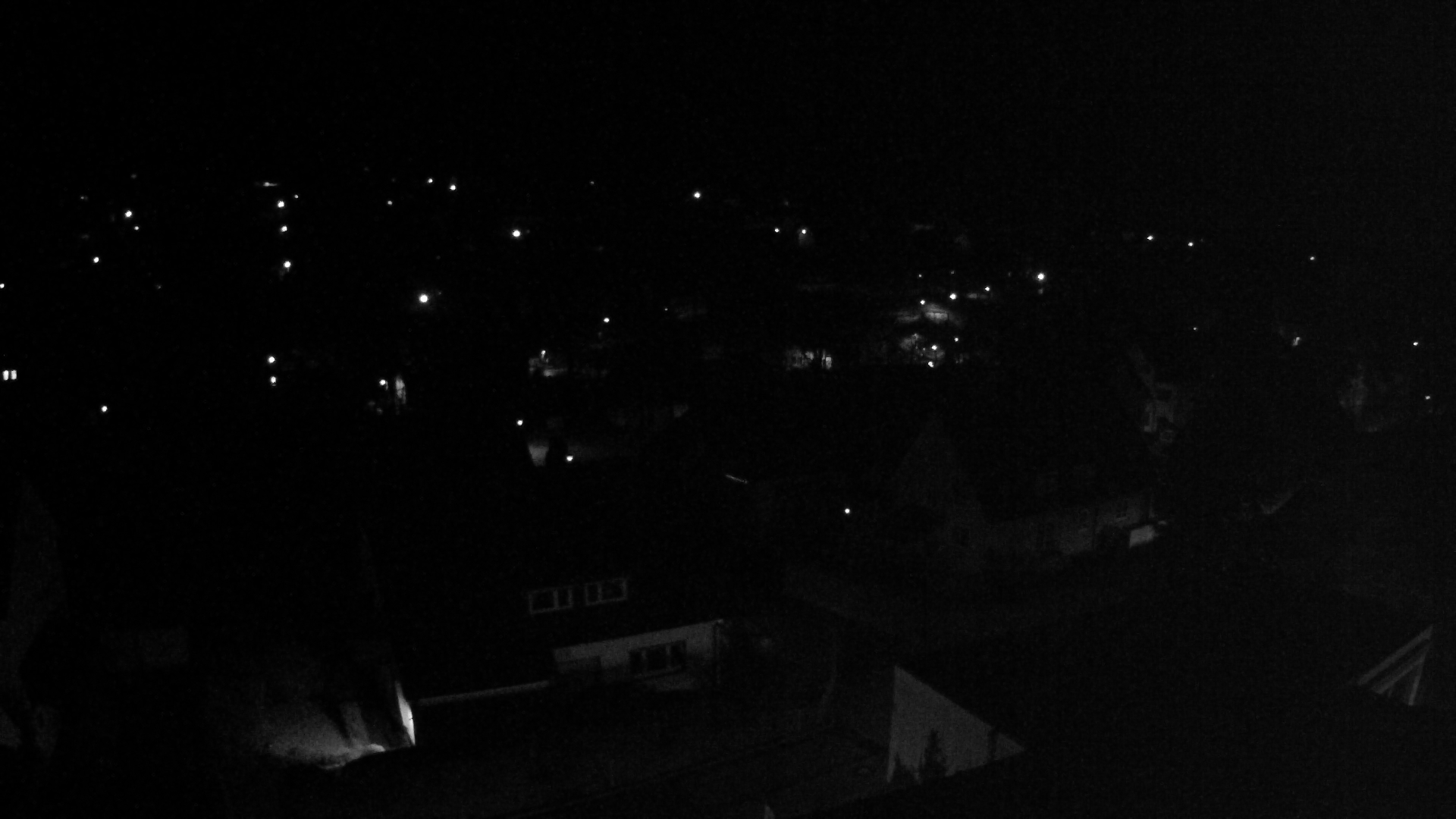 Holidays in Unterkirnach – this also means spending your holidays in a historical cultural landscape. Here many ancient customs are still alive and the nature is still largely unspoiled. And here you can experience it all up close. On a tour of the Kirnach mill, let yourself be carried away into the history of the Black Forest Mills. On the Orchestrion tour, learn all about a very special music instrument that made its way from Unterkirnach throughout the world.

Come to our typical traditional culture evening. At a “Hockete” – that is what we call this cosy little celebration – learn about the founding fathers of Kirnach and a great many traditions. Of course we are also quite musical. Almost everyone in Unterkirnach plays a musical instrument and belongs to one of the many music clubs. This always ensures plenty of musical entertainment at our festivals.

Our clubs have a diverse entertainment programme to offer you all year long. Concerts, theatre, music. There is also a literary evening and do not forget the numerous events of our guild all around the Swabian-Alemannic Carnival.

The mill is rattling away by the rushing stream…….

As with everywhere else in the Black Forest, the mill wheels also rattled in the district of Unterkirnach. More than 20 mills were formerly in operation. One by one, these historical building decayed and there were soon no operating mills left. The people of Unterkirnach found this very disappointing. They wanted to bring this ancient tradition to you, our dear guests. So they went to other Black Forest communities, in search of an old mill. From 1995-1997, the mill bought from Todtmoos was lovingly restored and erected by the Kirnach River, in the middle of the town centre. The Mills Square was created and the mill received its current name, the “Kirnach Mill”.

You can get to know the mill and its history every Friday morning during the regular mill tours. On the top floor, there is a very cosy Mühlenstube lounge. It can be rented for special events. Many bridal couples have held their wedding ceremonies in this historical and romantic location.

If you come to the mill on Tuesday, you will be met with the wonderful smell of freshly baked bread. Watch the baker over his shoulder. He is baking traditional bread in a wood-fired oven. Well, are you hungry? You can buy the bread in the countrywomen's shop. It tastes absolutely delicious. When the master baker feels like baking, he invites you to be a “guest at Mühlebeck”. Bake your own mill bread and learn a lot about baking bread. Then enjoy your own freshly baked “soul bread” with fresh meatloaf. Dates and registration in the Tourist Information Centre.

We would like to thank the smart young people from Unterkirnach and the rest of the world:

Both Unterkirnach and the neighbouring village of Vöhrenbach are situated on Jakobsweg. In the Unterkirnach St. Jakobus-Kirche, the colourful wooden figure of the James the Apostle with the Shell of St. James at the hut is reminiscent of this ancient pilgrimage path. The first church in Unterkirnach was built in 1650 from the resident Cistercian monks on the site of the current city hall, where the cornerstone is integrated into the floor. In 1714 this church burned down and in 1715, the first church of Unterkirnach stood on the site of the current church. Visible from afar, a castle tower arose over the longhouse. Despite the simplicity of the construction, the interior was characterised by the variety of forms typical of the Baroque period. In spring of 1902, the demolition work began because a statelier house of God with more room for believers was desired.

The opening ceremony for the now Neo-Gothic St. Jakobus Church took place on June 23, 1907.  The redecorating of the church with colourful windows was carried out in 2 phases after the destruction of the old windows at the end of World War II. The window of the choir room was created by glass painter Maximilian Bartosz (1913-2000) using a glass cutting technique. The window in the church nave was later designed by artist Valentin Feuerstein (1917-2000) using an ancient technique in which the coloured glass segments were painted. Today these windows can still be admired in the church. There is also a figure of James the Apostle, a work created by the Villinger master, Metzger. In the right aisle, there is a striking portrayal of the holy Wendelin, presumably the work of the carver family Faller from St. Peter. The figure of St. Wendelin originated from the former church and is the oldest work of art in our church.

Orchestrion – Unterkirnach is the birthplace of a very special music instrument. The Orchestrion, the great-grandfather of today’s MP3 player.

The Beginnings.
Since the middle of the 17th Century, clocks have been produced in the Black Forest, mostly from home and almost only driven by weights and wooden plates. A very successful business from the start that brought prosperity to most clockmakers, in later years, the Black Forest clock producers had to adapt to the trends of the market. And so in 1750, the first clocks with cuckoo clock mechanics came onto the market.

Once the idea of cuckoo clock mechanics was born, other simple automatic ones called figure clocks also emerged. There were almost no limits for the wealth of ideas from the Black Forest clockmakers. They had figures on their clocks that were eating, lovers with rolling eyes or Billy goats butting heads together. Figure clocks were also combined with musical works, such as glass chimes, flutes or harps. Not long after, large music boxes were developed by specially qualified masters and were mostly made to order only. But the order lists became longer and longer. And so at the beginning of the 19th Century, musical works building separated itself from clock building and continued to stand on its own very successfully.

The Orchestrion.
Ceremonial “music cupboards” came onto the market as early as 1820, contained several instruments and sound boxes, such as drums and the like, and were called “Orchestrions”. The development and building of these “Orchestrions” did not only require a certain skilful craftsmanship and knowledge of the mechanics, but also musicality. So many of the new Orchestrion builders worked together with known composers, such as Konradin Kreutzer from Meßkirch, who served as the conductor and choral conductor at the Fürstenberg Royal Court in Donaueschingen. The Orchestrion business was a constantly growing sector until late into the 20th century. The division of work became necessary and thus classic suppliers emerged quite rapidly, which enabled shorter production times. Now Orchestrion cupboards were produced by cabinet makers, who were also commissioned to make bellows, wooden pipes, resonators, movements, rolling drums and built-in pianos.

An Unterkirnach Success Story
Today Unterkirnach is the undisputed birthplace of Black Forest Orchestrion building. This is owed to Unterkirnacher Carl Blessing, who built a first little Orchestrion in 1820, shortly before his early death. In 1831 after three years of work, his brother, Martin Blessing, completed the first large Orchestrion. Equipped with 164 pipes, 15 registers, a large drum and a triangle, it was already one of the largest music cupboards for the years to come. Talented youths were trained as musical work makers by Martin Blessing over a 5 to 7-year period. Over the next few years, this resulted in the expansion of Orchestrion building from Unterkirnach to Vöhrenbach and Furtwangen. Villingen, Schonach and Schönwald also followed over the course of time.

Supplemental to training in the workshops, music schools in Unterkirnach, Furtwangen and Vöhrenbach were established in 1869 and in Villingen in 1874. Here, apprentices were trained in harmonics, instrumentation and counterpoint for free in the evenings. They also learned how to play a wind instrument. As a result, Hubert Blessing (image), later the head of the company (only 16 years old back then), founded a music band that was comprised of wind instruments, highly unusual at the time. It was called “Turkish music” and is considered to be the origin of the current “Unterkirnach Musikverein”. This is because the then little orchestra developed from the fire department band to become the later “Musikverein Unterkirnach e.V.” This traditional Unterkirnach club has been established since 1839 and still exists today.

The Decline.
After 1880, the sales of Black Forest Orchestrions declined, particularly in foreign markets. The production of Orchestrions in factories such as Wurlitzer in the USA began and prices fell. World War I also contributed to the decline of the Orchestrions. From 1915 on, parts for grenade fuses and ammunition boxes were made in the Orchestrion workshops in Unterkirnach. The radio, which emerged around 1925, also contributed to decline of Orchestrion builders. The radio repertoire is significant and constantly up-to-date with current trends. The world economic crisis, after the stock market collapse at the New York Stock Exchange in 1929 and the resulting mass unemployment, finally sealed the fall of Orchestrion manufacturers.